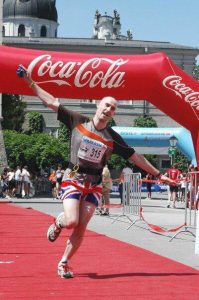 As his stats keep changing it never seemed the right time to add him in, but completing all the 50 US States in May makes this an ideal time to add him in. He even celebrated in style by getting some custom made trainers; 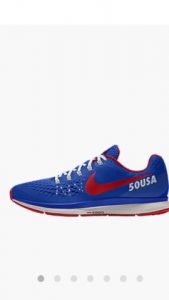 Foxy started with the New York Marathon in 2005 – and has been a long term member of MK Lakeside Runners. Since running took over his life he also started his own events company Enigma Running, and you’ll probably have seen his events running at Willen, Furzton or Caldecotte lake in MK.

Many club members (and thousands of other runners from around the world) have taken part in his Marathons, Half marathons, Ultras, and the odd pop up 5km. Certainly it’s no overstatement that he helped changed the marathon running scene in the UK and has helped many people achieve things by hosting events (especially multiple marathon series) and setting an example that pretty much anything is possible.